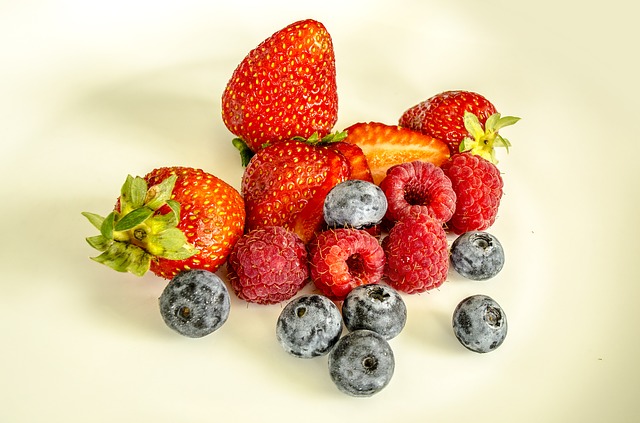 When people want to improve their diets they will often go to the extreme and cut whole food groups from their diet, skip meals and eat far too few calories. This isn’t sustainable in the longer term and can even be counter-productive. If you really want to improve your diet for the long haul, then think about small dietary changes that you can easily make with our 10 Quick Diet Fixes!

1) White rice for quinoa. We’ll reach for the packet of white rice from the cupboard without even thinking about it. White rice is easy to digest, low in fat and calories and, as a carbohydrate, is packed full of energy. A quick and easy swap though is quinoa. Although not a grain, quinoa can be used in many of the same ways as rice and has much more fibre. Quinoa is also anti-inflammatory and contains up to twice the amount of protein as white rice.

2) Energy drink for a protein bar. When you grab an energy drink, you’re probably after a little boost to fuel your workout but although your typical energy drink might have added vitamins the energy boost comes from the added caffeine. A good switch is a protein bar which will provide the energy you need through protein and carbohydrate with added fibre to fill you up too. Just check the labels first to keep an eye on fat content.

3) Pizza for flatbread. Who doesn’t love a takeaway pizza now and again? Trouble is though that just 100g (about a single slice) of an original cheese and tomato classic crust will also deliver around 10g of fat, 6g of sugar and 5g of salt! And let’s be honest, you’re going to eat more than one slice. Instead, make your own pizza with a flatbread like wholemeal pitta or wholemeal wrap, create a DIY tomato base with tinned tomatoes and garlic reduced down to a sauce and lots of fresh tomatoes, watercress and a sprinkling of cheese.

4) Crisps for soup. For most of us, lunchtime just isn’t lunchtime without a bag of crisps to go with our sandwich! The truth though, is that you’re supplementing your sandwich with something else because the sandwich alone just isn’t doing the job. Ditch the crisps with their high fat content and virtually non-existent nutritional value for soup. You can quickly make a soup by lightly browning an onion and garlic, adding your vegetables and a low salt stock cube, then blitzing with a hand blender. The soup makes a much more nutritious (and satisfying!) accompaniment to your sandwich.

5) Potato for sweet potato. There’s nothing more delicious than a baked white potato, and on their own white potatoes are really good for you, with around 3g of protein and fibre in a typical medium potato (as long as you eat the skin too). It’s when you overload the potato with lashings of butter and cheese that it becomes a less healthy option. As an occasional alternative to a white potato, a sweet potato has an immense amount of vitamin A (for immunity and eye health) plus less calories and more fibre, whilst the naturally higher sugar content means you’re less likely to add on extra toppings.

7) Coffee for porridge. If you ever *gulp* miss breakfast or substitute it with a cup of coffee, you wouldn’t be alone as it is estimated that up to 50% of Brits miss out on breakfast. But as with energy drinks, you’re using the coffee to help you make it through to lunchtime when that energy should be coming from the food you eat. Instead, start the day with porridge made with rolled oats for an immense carbohydrate, protein and fibre hit that can also help you to lower your cholesterol and blood sugar.

8) Fizzy drinks for infused water. Still drinking the sweet stuff? 100ml of Coca Cola might have only 42 calories, but it has over 10g of sugar. And as the recommended limit is 30g per day, a few fizzy drinks can soon have you hitting that limit. A good swap is water infused with fruits. Get an infuser bottle that you fill with tasty fruits like kiwi, lemon and lime and the flavour will naturally seep into your water.

9) Egg noodles for brown rice. Egg noodles are the usual go-to for lots of Asian inspired meals, but whilst tasty, just 100g of egg noodles contains around 380 calories and 4.4g of fat. To keep things healthier, consider a switch to brown rice which has a third of the calories and a quarter of the fat, plus lots more fibre to boot! The nutty flavour of the brown rice also goes really well with stir fries.

10) Chocolate for jelly. If your body has come to expect a sweet hit after eating, it is easy to reach for the chocolate. A really good switch though can be jelly with only 6 calories in a 100g sugar free pot. Compare that to a 45g bar of dairy milk with 240 calories and a whopping 25g of sugar and it’s easy to see that this is a good swap to make!